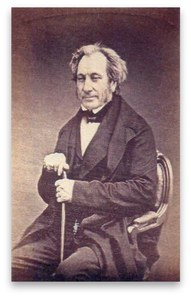 A Skyeman’s life in sugar plantations, cattle trading and sheep rearing.
by
Professor Norman Macdonald
Of all the families of the main line of the Nicolsons of Scorrybreac, the Strath branch has been afforded the least serious examination by the Clan’s historians.

Looking at the career of one of these, Malcolm Nicolson, is a good place to start in filling in this gap. In most accounts, he is simply referred to as ‘father of Sheriff Alexander Nicolson’ and it is left at that. Closer examination reveals that his own life was fascinating and that he spawned a remarkable dynasty.
Malcolm Nicolson was born in Kylerhea in the South Skye parish of Strath where his father, Alexander Nicolson, was the innkeeper. His mother was Margaret Nicolson daughter of Peter Nicolson of Penifiler, Portree.

The new Kylerhea Inn in which Malcolm Nicolson grew up was one of the first buildings built in Skye by James Gillespie Graham on his taking up his position of “Superintendent of Lord Macdonald's Works in Skye and North Uist” in 1800, the Inn being completed by 1803. Dr Samuel Johnson and James Boswell stayed with the Nicolsons in the old Kylearhea Inn in the Autumn of 1773, and they were given a horse to take them on their visit to see Lord Macdonald in Sleat. Malcolm had a brother, Rev John Nicolson (1780-4 January 1837), who was ordained as missionary in Minginish in 1817 and  was to become the first minister of the Church of Scotland in the new parish of Stenscholl in 1829.

From his birth in 1789 until his death in Edinburgh on 13th March 1852, his life was full of incident and, as his active life encompassed precisely the first half of the 19th century much can be understood of the challenges facing Skyemen of the tacksman class during that time. Malcolm Nicolson married Ann Grant, whose father, Donald Grant (1756-1823), was the tacksman of Ullinish, one of the small estates on the west side of Skye, which, during good seasons, was ideal for cattle rearing.
When Donald Grant died in 1823, it was inevitable that a close family member would take over as tacksman of Ullinish, renting the substantial farmhouse and the small estate. His son-in-law, Malcolm Nicolson, seemed a suitable candidate. Though only in his mid-thirties, he had already made significant money through having been the owner of a sugar plantation in Berbice, which, along with neighbouring Demerara, was the richest sugar-producing area in the Caribbean.

Running a Skye estate was a very different matter from keeping slaves in order in a West Indies sugar plantation and Malcolm Nicolson found the going tough from the beginning. In common with many who returned to Scotland in the 1820s laden with money made in the sugar fields, Nicolson was torn between investing his money in the south and improving his cattle stock at Ullinish. Within a few years, Ullinish was running at a loss and he faced bankruptcy proceedings, only to be saved by Macleod of Dunvegan’s willingness to lease him the farm of Husabost in Glendale which had the twin advantages of being more suitable for sheep-rearing, which was becoming increasingly profitable in the 1820s and showed potential for developing a fishing industry.

Malcolm Nicolson took a nine-year lease on Husabost following on from Major Alexander Macdonald of Vallay, North Uist in 1823. Malcolm Nicolson, like so many tacksmen of the 1830s, ran into further financial problems and was sequestrated in November 1835, but was able to retain Husabost until 1844.

The Nicolson family were not long settled at Husabost when their famous son, who was to become Sheriff Alexander Nicolson (1827-1893), lawman and Gaelic scholar, was born there. The future Sheriff joined an older brother, John Grant Nicolson (born in Skye on 19th June 1821 and baptised on 22nd August 1821 at Duirinish) in the big house of Husabost. John had an extraordinary life. He is aged 20 on the 1841 census for Husabost.  On 29th September 1853, at St Helier, Jersey he married Mary Jane Nicolson (b 29th August 1837 at Berbice; died Swanage, Surrey on 9th October 1915), who was aged 16 at their marriage when her husband John was in his 33rd year; they had five children. Mary Jane Nicolson was a daughter of Peter Nicolson of Penifiler (1792-1855) so, from her marriage in 1853, her husband John Grant Nicolson was both the nephew and son-in-law of Peter Nicolson, as well as his wife being his own first cousin. John Grant Nicolson qualified as a doctor and became Surgeon Major in the Indian Army, residing with his family at Ahmedabad, India; he died on 26th May 1868 on board SS Indore in the Red Sea on his way home from Abyssinia.
Malcolm Nicolson gave his age as 50 when enumerated with his household of 15 persons, including workers and servants and his own six children, at the Census of 1841 for Husabost. Of his family of six, a daughter Janet Anne Nicolson, the next in the family after Sheriff Alexander, was born in Husabost in 1829. She married Dr Norman Bethune, Professor of Anatomy at Trinity College, Toronto, a Canadian of Skye origins, and their son, Dr Norman Bethune (1890–1939), born in Ontario, Canada became a physician and surgeon noted for his work during the Spanish Civil War and also with Mao Tse Tung’s Eighth Route Army for which work he remains a hero in the People's Republic of China. So high was his reputation that an article in the Journal Surgery termed him “The world’s best-known surgeon” (AJ Walt, The world’s best-known surgeon, Surgery, 1983, vol. 94, pp. 582-90).

Around 1844, Malcolm Nicolson moved with his family to Edinburgh where they took up residence at 12 Warriston Crescent, where his age is registered as 62 in 1851 and he is described as “Retired farmer, born Strath, Inverness-shire,” clearly referring to his birth in Kylerhea.
Malcolm Nicolson’s role in the business and social affairs of Skye, spanning almost 30 years after his return from the West Indies until his retirement to Edinburgh, covers all the themes important on the island from the influx of money, the tenancy of important properties, the trade in cattle, the introduction of sheep and the whole question of people removal. Speaking before the Napier Commission in Glendale on 21st May 1883, John MacKinnon, a crofter from Feriniquarrie, said that “The township of Scorr was depopulated by Mr Nicolson.”

Another important connection in Malcolm Nicolson’s life stems from the fact that his wife’s sister Marion Maclennan née Grant, was married to John Maclennan (1787–185), born in Broadford, Skye. Both were daughters of Donald Grant (1756-1823) and Margaret Grant née Bethune (1758-1824). John Maclennan (1787–3 May 1850) was also a plantation owner in Berbice and on his return to Skye in the 1820s bought the estate of Lyndale. He had owned the sugar plantation Hope and Experiment on the west coast of Berbice, British Guiana, and is recorded in 1817 as owning 286 slaves.

Malcolm Nicolson died in Edinburgh in March 1852 and his remains were brought home for burial in Kilmuir  Old Cemetery Dunvegan. His large and prominent headstone bears the Biblical inscription from 1 Thessalonians, chapter 4 verse 14, "For if we believe that Jesus died, and rose again, even so them also which sleep in Jesus will God bring with him." It says a lot for the closeness of their relationship that in the railed enclosure just inside the main gate in Kilmuir Cemetery, Malcolm Nicolson is buried beside his brother-in-law, John Maclennan, who died at his home in Lyndale on 3rd May 1850. Both their large stones are still legible but neither is maintained and Malcolm Nicolson’s was saved from toppling over recently only by the kindness of a Harris-born monumental sculptor who saw the danger and strapped it to prevent it falling over. While research for The Great Book of Skye has recently plotted Malcolm Nicolson’s precise place in the genealogy of the Nicolsons of Scorrybreac the leading academic authority simply calls him “a distant relative of the chief.”

More information on Malcolm Nicolson, his son, Sheriff Alexander Nicolson, his daughter, Janet Anne Bethune and his grandson Dr Norman Bethune of China can be found in The Great Book of Skye by Norman Macdonald and Cailean Maclean (GB Publishing, 2014). More Skye Nicolsons feature in The Great Book of Skye 2 (GB Publishing, 2016). Further information, and ordering details, on those

Professor Norman Macdonald is Eòlaiche Eachdraidh agus Neach Rannsachaidh at Sabhal Mor Ostaig, Skye. He has taught at universities in Scotland and Canada and was for 20 years on the Staff of BBC Scotland. He lives in Portree, Skye. 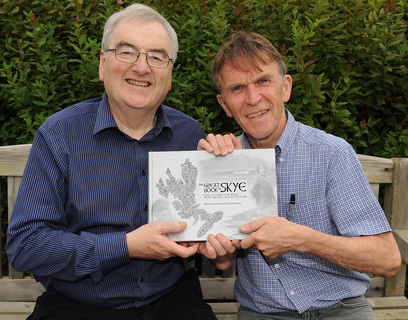