Edinburgh-born Rachel Chiesley was one of ten children born to John Chiesley of Dalry and Margaret Nicholson. She then became Lady Grange on marrying James Erskine, Lord Grange. 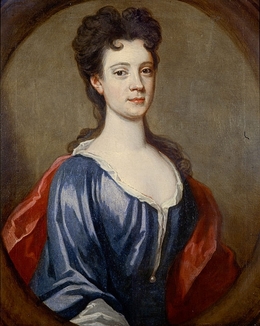 One of our most intriguing ancestors, she was taken prisoner and held on﻿ St Kilda﻿ for a number of years in the 1730s.

Around 1707 when she was 28, Rachel married James Erskin.  Rumoured to be a shotgun marriage, it was not popular with his family.  Alexander Carlyle, a Scottish Church leader, knew the family as a child.  He reports that Rachel was a savage martinet and her children were terrified of her.  Her husband James was something of a religious fanatic but was at the same time affable and popular.

James’s elder brother, the Earl of Mar, became Scottish leader of the Jacobite Rebellion of 1715 (in the absence of the Auld Pretender, still in France).  He and the rebellion were thwarted by the Duke of Argyll at the inconclusive Battle of Sheriffmuir.  He would have been better advised to bypass Argyll and meet up with other Jacobite forces in the North of England.  Subsequently, John had to leave for exile, from which he never returned.

By 1730, the marriage of James and Rachel was in trouble.  They agreed to a separation but Rachel did not abide by it and moved back to Edinburgh.  James had moved to London where he had a mistress (whom he later married) and he had removed control of the estate from Rachel.  He was a judge and a little later became a member of Parliament.  He also may have been involved with Jacobite sympathisers.

In 1732, after 25 years of marriage and nine children, he arranged to have her kidnapped by a group of his friends on the basis that she was about to reveal his Jacobite sympathies.   She was definitely out of control and seeking to embarrass him in public but it is not clear whether his rationalisation was justified.  It is a measure of her tyrannical reign over her children that none of them raised a hue and cry over her sudden and mysterious disappearance.

Rachel spent some time imprisoned near Stirling and then at the Monach Islands (off the coast of Harris).  In 1732, she arrived in St Kilda where she was to stay for the next nine years.  This was not long after the catastrophic smallpox epidemic of 1727, the population of the island was still down and many were recent imports from Harris and Lewis.  MacLennan, a minister who was there from 1734 to 1740, was sympathetic to her plight and smuggled two letters from her back to Edinburgh.

Her lawyer, Thomas Hope, received one of the letters and sent a ship with more than twenty armed men to St Kilda to rescue her but by the time they arrived, it was too late.  The prisoner had been removed.  Lord Grange claimed that what had happened was sequestration because his wife was insane and that she had not been mistreated.  Since he retained control of all the powerful voices in Edinburgh, everything quietened down after a while.
In the meanwhile Lady Grange left St Kilda probably in 1740 and was taken to a variety of hideouts; at some stage to Castle Tiorem, over the first winter in Assynt, staying for a while in Harris, and arriving at the Vaternish Peninsula on Skye in 1742.

She died on the Vaternish peninsula in 1845.  Unusual in many ways, she may have had up to three funerals.   There may have been one in Edinburgh shortly after she was kidnapped, the real one was at Trumpan Church at Vaternish and there was an “official” one in Dunvegan a week or two after that.

Ironically, had she not sent the letters and had she survived a bit longer, she would have been freed when British troops invaded St Kilda in 1746 looking for Bonnie Prince Charlie.

The gravestone belonging to Lady Grange can be found in Trumpan cemetery, which is a 40 minute drive from Portree.